The Artistic Adventures of Lyba Murphy 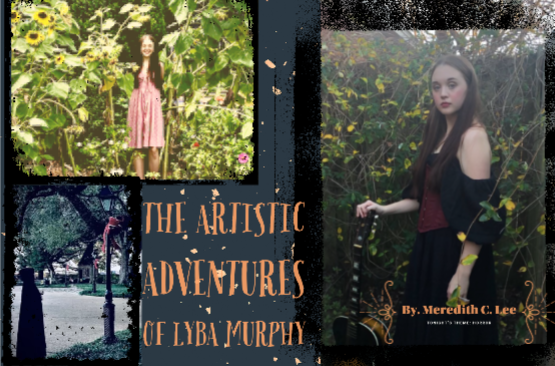 Lyba Murphy is a name that is common around Fairhope High School. Most know her as that girl that once wore a cloak to school or that girl that loves to talk about 80s singers for 2 hours straight. However, Lyba is more than that. Lyba is a girl whose life is completely drowned in artistic expression.

While still just a junior at FHS, Lyba has already worked as a singer in the music industry. She has sung in many professional settings. You may have seen her at the Sweetwater Musical Hall, Page & Palette, or singing for the famous Chef Jeff Rosen. Whilst she has played cover songs, she prefers to sing the songs she has written herself. “I never really liked playing cover songs,” Lyba says “I think one of the best ways of showing creativity is being yourself.” Lyba’s mother, Lauren, also works as a singer. She has released albums of her own, and Lyba has even made some of the art for it.

Lyba states that her mother “protected” her in a way. As her mother says “the public chooses what the public is gonna like.” Lyba was a part of the FHS choir for some time. She states that she is “grateful” for choir as it gave her “classical training,” but she prefers solo performing as it gives a more”intimate experience for the listener.”

Lyba’s artistic expression does not stop with music, however, her fashion is her main way of true expression. As she says she loves to throw outfits on from her mothers “90s closet.” She has worn outfits from the 50s, 80s, 90s, and 70s. Her inspirations are “the beat post Generation, Stevie Nicks, Prince, Natasha Leon, Oscar Wilde, Lou Reed, and Nancy Spungen.” She has wore many bold outfits to school, but she states that her most outlandish was in the 5th grade. “I was going through this 80s thing,” Lyba states “and I was really into Cyndi Lauper. One day after I dyed my hair bright red, I wore fishnet sleeves, pink stockings, a blue petticoat as a shirt, and a white tank top. It was so funny!”

Physical art and graphic design is one of the crucial ways Lyba defines herself. She has drawn many beautiful pieces. 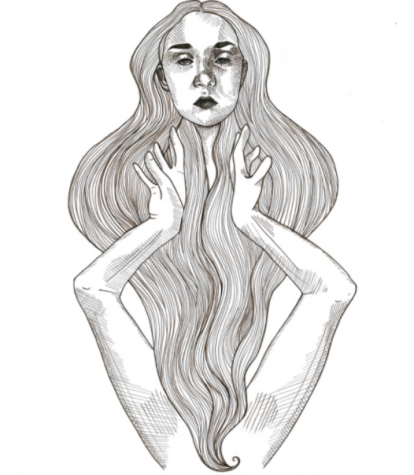 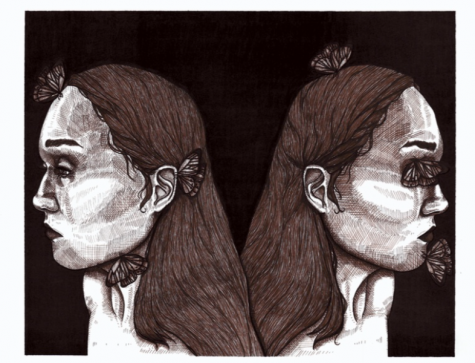 Her style is described as “a mixture of early 1900s surrealism and the Golden Age of Illustration.” Lyba describes art as a “vessel,” a way for her to emotionally process life. She states that her art help her deal with “psychological trauma,” and she is supported by the theory that her art may help “someone grow.”

However, Lyba’a artistic expression has paved a way for a large amount of judgement and bullying. Whilst her friends greatly encourage her careers, many people at FHS have said “nasty” comments about it. People have judged her for her “crazy” outfits “all the time.”

“I wore this long black dress, with motorcycle boots, and a leather jacket,” Lyba exclaimed “People thought I was just weird. Once a person asked me if there was a play, and I explained that this is how I dress everyday.” She explained that in order to be herself, she must be “thick skinned,” and unless you have a strong support group behind your art, “you’re not taken seriously.” Why? Why is it that when a person is expressing themselves, especially in a school setting, frowned upon? Are people truly just judgmental, or is there an underlining jealousy in their words? Have we been programmed into following the “standard” of what a high school student should look like that we have forgotten the factor of personality? Art?

Despite these hardships, Lyba continues to be the boldest of the bold. As her mother says, “she can rock some Jimmy Hendrix. It is very relaxing for her.” Lyba plans to make a comeback to music in later years, focusing on underground work. She is currently questioning a career in graphic design.