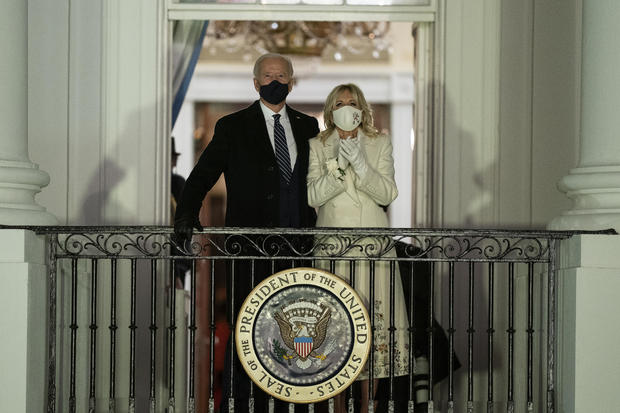 On Wednesday, January 20th, 2021 at 11:00 A.M., America welcomed its newest members to office.
Joe Biden and Kamala Harris were recently sworn in as the President and Vice-president for the next four years.

According to The Washington Post, upwards of 20,000 National Gaurd members were deployed to protect those involved in the inauguration, as well as the general public in attendance.

President Biden took no time signing new initiatives and changing old ones. “Seated behind the Resolute Desk in the Oval Office, wearing a mask, Mr. Biden signed a stack of executive orders and actions on immigration, climate change, COVID-19, racial equality, and more” stated CBS News. Biden mandated the action of wearing masks on all federal property, as well as rejoining the Paris climate accord.

The President and Vice-president opted out of having the traditional inauguration day ball this year, due to Covid-19. Instead, the two put on a 90-minute televised special for all to watch at home.

Many familiar faces appeared at the ceremony. Former Presidents Barack Obama, George W. Bush, and Bill Clinton were just three of the special guests. However, former President Donald Trump was not in attendance. The live televised special was hosted by Tom Hanks and had performances by Bon Jovi, John Legend, Katy Perry, and more.

Although it was not the traditional inauguration that we were all hoping for, the day was definitely one to remember. We look forward to seeing what these next four years will entail.