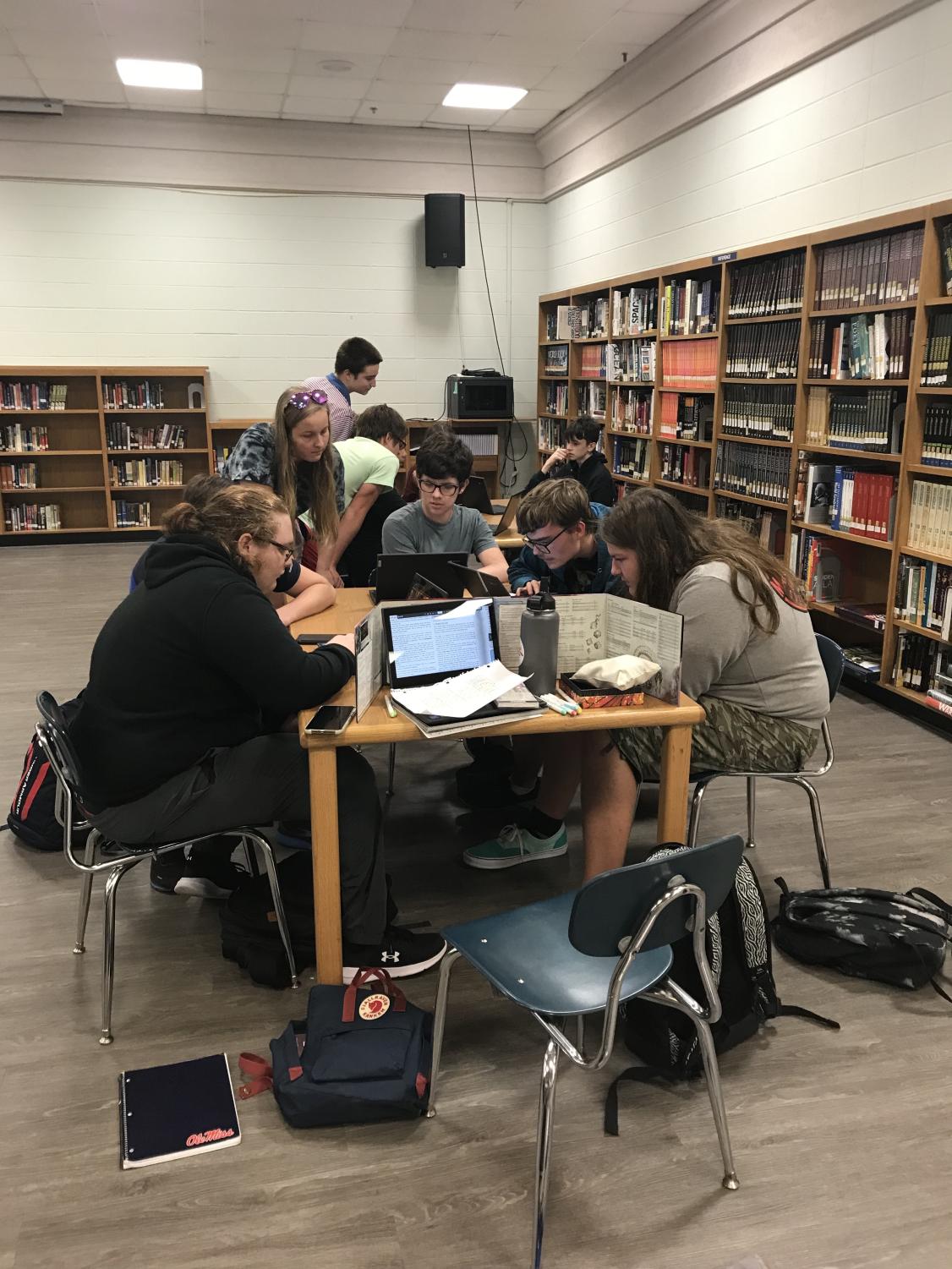 by Will Allison, reporter

FAIRHOPE, Ala.–Students meet after school to play Dungeons and Dragons in the library, courtesy of English teacher Juliet Faulkner. Both students and sponsor are excited to find out how upcoming quests go.

Junior Tucker Harrison has been a member since his freshman year while junior  Noah Sugg has been in the club since the beginning.

Harrison also happens to enjoy the club for simple reasons.

“Just hanging out with friends [is my favorite part],” Harrison said.

Watching cool videos on YouTube about D&D motivated Sugg to join the school club while Harrison was motivated to play because his friends were playing.

Faulkner was first asked to sponsor the club by junior Vincent Ballonoff.

“I don’t [play it myself,] but Vincent just asked me to sponsor it and I said sure,” Faulkner said.

While she doesn’t play it herself, she still thinks the game is great for students because it is interactive and gives students a break from technology.

Club president Sophia Hollimon was super excited to talk about the club.

“I started to play Dungeons and Dragons in middle school,” Hollimon said.

She was excited when she found out about the club in her sophomore year.

“I realized that there was little time to play with friends after school due to the extraneous work,” Hollimon said. “This all changed sophomore year.”

Since she joined, she’s had a blast both playing with friends as well as meeting new people.

“My favorite part of the club is hearing the stories from other members. When people talk so enthusiastically about what happened in their campaigns, it makes my heart light up with joy.”

The club dwindled down a little toward the end of her sophomore year, but she helped bring it back into the spotlight.

“I was super passionate about getting the club more recognition among high schoolers, so I asked Mrs.Faulkner if I could become the president in my Junior year,” Hollimon said. “She gladly accepted my request after I showed her all of the ideas I had to improve the club and soon I went to work.”

To this day the club is still going strong and looking to get even bigger.

The club meets every Monday in the library. Any student who would to join should go to one of their meetings or email the sponsor.